NEW ORLEANS, LA - September 4, 2005: Evacuees from New Orleans, Louisiana were being flown to the city's airport via helicopter and unloaded on the tarmac on September 4, 2005. In a scene similar to that of a war zone evacuation, they were then hustled from the helicopter onto waiting cargo carts ( normally used to move luggage) and rushed into the airport where they received medical attention. Shortly after entering the airport, evacuees were screened and divided into groups and told to go to a certain boarding gate. Evacuees only find out the destination of the flight, and their new temporary home, after boarding the flight. (Photo by Todd Bigelow/Aurora).. 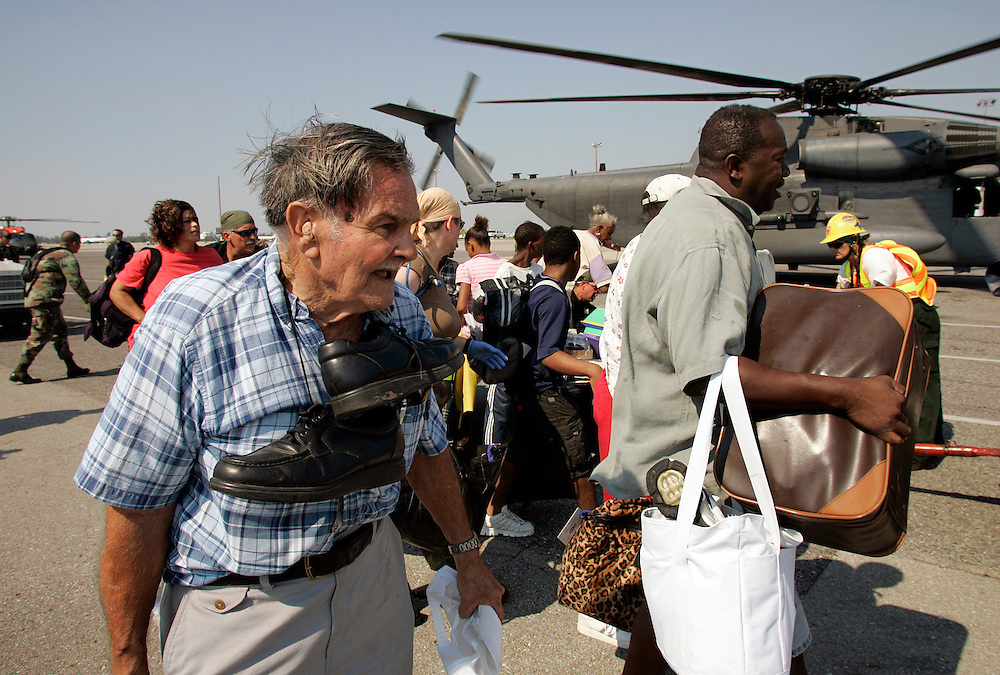