NEW ORLEANS, LOUISIANA - September 4, 2005: Evacuee Julia Chaney was able to evacuate New Orleans with two sons, her future in-laws, and her Dr. Martin Luther King prayer fan which she held for days without letting go while waiting to be saved. She was escorted from a military helicopter after being evacuated from their flooded neighborhood to the city's airport on September 4, 2005 in New Orleans, Louisiana. The evacuees are then hustled from the helicopter onto waiting cargo carts ( normally used to move luggage) and rushed into the airport where they receive medical attention. Shortly after entering the airport, evacuees are screened and divided nto groups of 50 and told to go to a certain boarding gate. Evacuees only find out the destination of the flight, and their new temporary home, once the flight is taking off. (Photo by Todd Bigelow/Aurora) 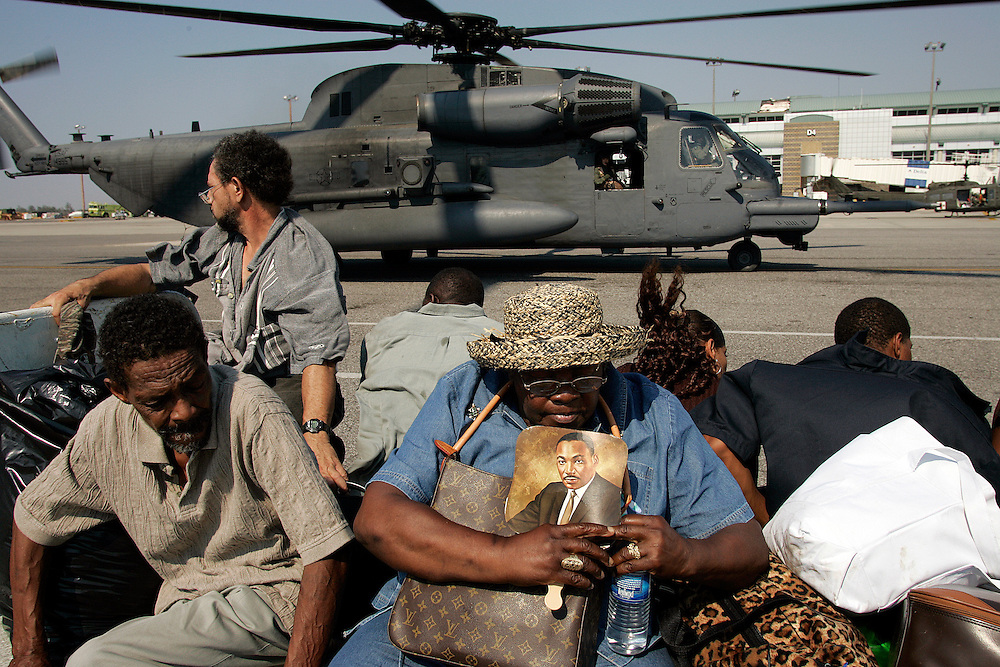